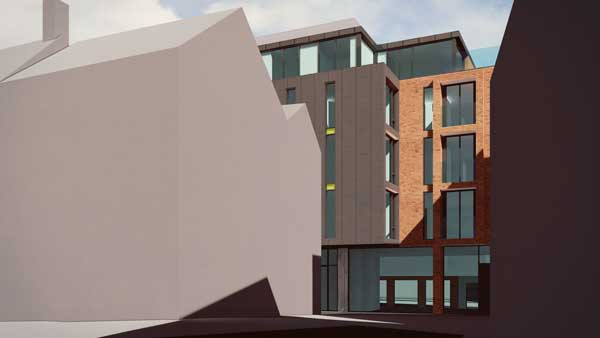 The scheme received a positive review at its Pre-App Plans Panel, with Councillors keen to see the entire of the Kirkgate development brought forward as one large phase of work. This would include the restoration of both the Crown & Fleece public house facing the Corn Exchange and the historic frontage buildings to Kirkgate, as well as new build elements both to the sites centre and Kirkgate frontage. With the regeneration of lower Kirkgate proposals prepared by the practice ‘minded to approve’ and the redevelopment of the Crown & Fleece having received approval back in 2014, this further development was seen to be a huge step forward for this previously neglected part of the City, and will help this important historic area once again take its place as a jewel in the City’s crown.

Read more about this project